- April 10, 2013
Rajma is a popular North Indian vegetarian dish consisting of red kidney beans in a thick gravy with lots of Indian whole spices and usually served with rice and roti.
Although the kidney bean is not of Indian origin,it is a part of regular diet in northern regions Haryana, Punjab, Uttar Pradesh, Kashmir, Delhi, and Himachal Pradesh.
This dish developed after the red kidney bean was brought to the Indian subcontinent from Central Mexico and Guatemala.Being a popular dish,it is prepared on important occasions.
About 100 grams of boiled Rajma beans contain 140 calories. 5.7 grams of protein, 5.9 grams of fat and nearly 17.8 grams of carbohydrate. 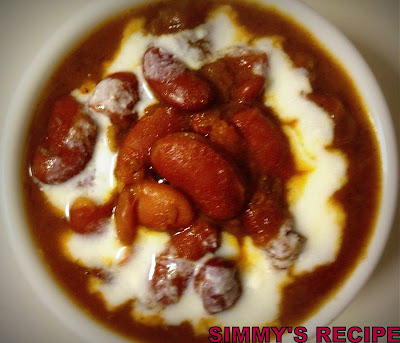 1-Wash and soak rajma overnight or for at least 6-8 hours.(Kidney beans will get double in size after soaking)
2-Pressure cook the soaked rajma with salt and turmeric powder in about 4 cups of water in pressure cooker until rajma is soft and tender.
Reserve the water it can be used later to the gravy.
3-In a pan heat oil,add dry red chilies and whole garam masala and allow to splutter. 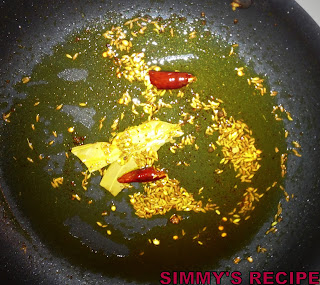 4-Then add chopped onions and fry till it turns golden brown in colour,then add Ginger-garlic paste and fry till oil starts to separate. 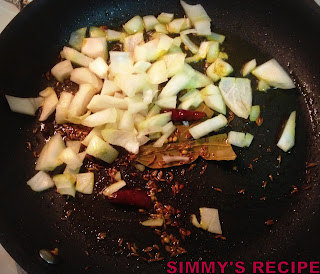 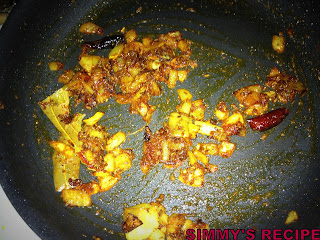 6-Add the chopped tomato and cook for 5 mins for it to soften.Then add boiled rajma and mix well.Add rajma water and mix properly. 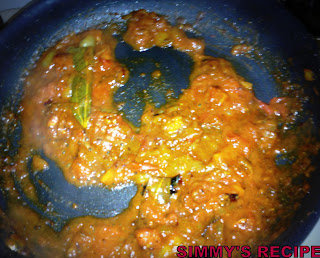 7-Cover it and simmer for about fifteen to twenty minutes on low heat,When the rajma gets nicely blended with the curry add tamarind paste and mix well. 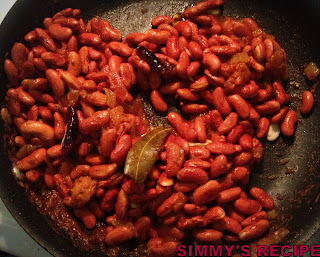 8-Garnish with heavy cream and serve hot with rice. 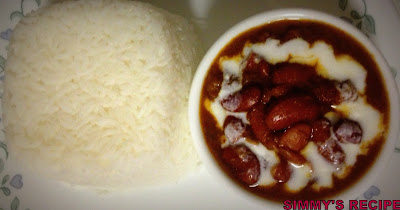